Share
Back
On Wednesday 26 May, the Bank of Estonia issued into circulation a silver commemorative coin dedicated to the Estonian athletes at the summer Olympic Games in Tokyo. The coin is designed in a Japanese minimalist style. It shows the sun rising behind Mount Fuji, which is near Tokyo, and the logo of the Estonian Olympic Committee is placed on the mountain, while the special postage stamp and the first-day cover envelope display the figure of a javelin thrower and various Japanese elements.

Urmas Sõõrumaa, the president of the Estonian Olympic Committee, thanked the Bank of Estonia and Omniva, which have been honouring the Olympic tradition for decades. “Our cooperation celebrates the importance of sport in society. The Olympic games reveal how people is perceived in the international arena. I would like to thank the artists behind the coin and the postage stamp, who captured our emotions in this form. While the postage stamp issued before the PyeongChang Olympics depicted a speed-skater, which was a good omen of sorts, this year’s Tokyo stamp makes me sense a whiff of combined track and field events. We will keep our fingers crossed and hope that these predictions come true!”

His Excellency Mr. Hajime Kitaoka, Ambassador of Japan to the Republic of Estonia, said that as a representative of Japan, the country to host the Olympic games, he was sincerely pleased Estonia had such a tradition. “I am pleased to see Estonians’ kind attitude to the Olympic games. This year, the Olympic games are rather unusual which means that Japan has to organise the Olympic games in extraordinary conditions. But Japan sees it as a challenge!” Mr. Kitaoka assured.

Triin Heimann, who designed the postage stamp, drew inspiration from Japanese nature, culture, and also environmental awareness. “The Japanese Olympic Committee decided to make the Olympic medals from recycled electronic devices, and such care for the environment made colours in my head move. This was what became the inspiration for the green leaf behind the javelin thrower, which is also a reference to the debut appearance of surfing at the Olympics. Why is a javelin thrower depicted on the stamp? Because javelin is my favourite sport.”

The quantity of the postage stamps dedicated to the Tokyo Olympic is 30,000 pieces, and its denomination of € 1.90 is the same as the international standard letter charge.

Ander Avila, who designed the silver coin, says coin design entered his life after a seminar years ago. “I was waiting for a theme, and when I heard about the Tokyo Olympics coin design competition, I decided to enter. Japan has always been dear to me as a graphic designer. One perfect example is the 1964 Tokyo Olympics poster: it is impossible to add or remove a single component. At the creative stage, I was overcome by indecision and actually designed two coins, both of which made it to the top three. There is an Easter egg in the image on the coin declared as the winner; namely, the logo of the Estonian Olympic Committee features a symbolic representation of the Olympic flame, and the NOC logo at the foot of Mount Fuji is a reference to the fact that Fuji is a volcano.”

The mintage of the silver coin is 3000 pieces, and one coin of the denomination of 8 euros can be purchased for 45 euros. The risk of the coronavirus spreading is still high in Estonia, so the coins may only be bought in Omniva’s online store. Post offices and the shop of the Museum of the Bank of Estonia will not be selling the commemorative coins this time. The coins went on sale in the online store on Wednesday, 26 May, at 12.00. One buyer can purchase up to 10 coins at a time, and coins cannot be ordered in advance before the sale opens.

The Games of the XXXII Olympiad are scheduled to be held in Tokyo, the capital of Japan, from 23 July to 8 August. As a sovereign country, Estonia is taking part in Summer Olympic games for the 13th time. The first Estonian to have won an Olympic medal was wrestler Martin Klein, who competed in the team of the Russian Empire in Stockholm in 1912. The first athlete to have secured an Olympic medal for the independent Republic of Estonia was weightlifter Alfred Neuland in Antwerp in 1920. The country’s total Olympic medal count comprises 26 gold, 22 silver and 29 bronze medals. 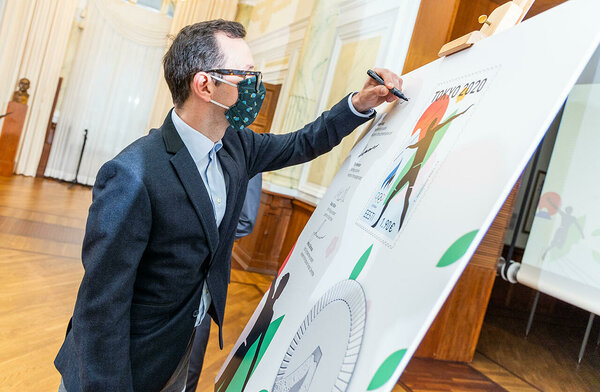 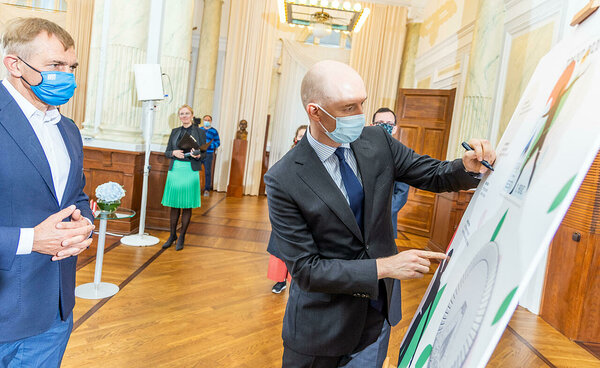